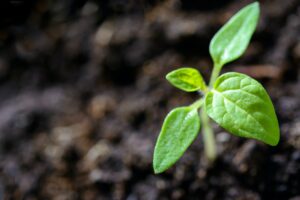 Crop production has been affected by poor soil fertility and persistant droughts in urban agriculture (UA) in Zimbabwe. This gave rise to the use of livestock manure and organic municipal wastes as basal fertilizers despite their nutrient relesease patterns and health risks associated
with their use being largely unknown. This study was carried out to determine the interactive effects of soil fertility, tillage and residue management on soil quality and maize yield under UA farming conditions. Additionally, nutrient mineralization patterns of sewage sludge (SS), cattle manure (CM), pig manure (PG) and poultry manure (PM) and their potential use as basal fertilizers in maize production were determined. Mineralization patterns of organic soil fertility amendments were determined in a 56-day incubation experiment. Maize biomass production, nutrient- and heavy metal (Cd, Cu, Ni and Zn) uptake were determined in a glasshouse pot experiment. Mineral fertilizer (N:P2O5:K2O = 7:14:7), PG, PM, SS and CM were applied at 40 kg N ha-1 . After harvesting, a second maize crop was grown without adding fertility amendments. Each time, aboveground biomass was harvested at 4 weeks after emergence. A 2-year field experiment was also carried out in sandy (Chitungwiza) and red clay soils (Harare) to determine short term effects of integrated soil fertility, residue and tillage management on soil quality, maize nutrient uptake and yield. Treatment combinations that included mineral fertilizer, CM or PG + mineral N, 0 or 5 t ha-1 maize stover mulching and reduced (RT) or conventional tillage (CT) were imposed on sandy and red clay soils. Soil fertility amendments were applied at 0 and 120 kg N ha-1. After two cropping seasons, soil samples were taken from the top 30 cm depth profile for determination of selected soil chemical and physical properties. Results showed significant (p < 0.05) differences in carbon © and N mineralization patterns. Carbon mineralization was in the order PG>PM>CM>SS and PM≈PG>CM>SS for nitrogen (N) and phosphorus (P). In the glasshouse, maize grown in PM and PG amended soil significantly (p < 0.05) produced higher biomass and had higher N and P uptake than maize grown in mineral fertilizer amended soil in the first maize crop. The second maize crop grown in soil amended with organic soil fertility amendments significantly (p < 0.05) produced higher biomass and had higher N and P uptake than maize grown in mineral fertilizer amended soil. Heavy metal uptake was significantly (p < 0.05) highest in SS amended soils. From field trials, soil organic carbon (SOC) was significantly (p < 0.05) improved in the top 15 cm by at least 22% after manure + mineral N and mulch application. RT improved SOC (6-13%) in surface soils (0-5 cm) in both red clay and sandy soils. However, RT reduced SOC (17-63%) compared to CT in the 5-15 cm depth. Soil pH, CEC, total soil N and available P were also improved by manure + mineral N, mulching and RT. Compared to sole mineral fertilizer application, manure + mineral N improved soil moisture retention (SMR) and macro-aggregate stability (MAS) by 3-6% and 11-15% in sandy soils and 8-11% and 11-15% in red clay soils, respectively in the top 15 cm. Manure + mineral N also improved stead state infiltration rate (SSIR) by 17-23% and 18-22% in sandy and red clay soils respectively. Mulching improved SMR and MAS by 10-12% and 12-28% in the top 15 cm in both soils. RT improved (0-5 cm) and reduced (5-15 cm) SMR and MAS in both soils. It also reduced soil bulk density by 5-7% in the top 15 cm. Maize nutrient (N and P) uptake, grain and stover yields followed the order; PG + mineral N > CM + mineral N > sole mineral fertilizer > no fertilizer and PG + mineral N ≈ CM + mineral N ≈ sole mineral fertilizer > no fertilizer, respectively in red clay soils. In sandy soils, both maize grain and stover yields iii followed the order; CM + mineral N > sole mineral fertilizer > no fertilizer. Manure + mineral N, maize stover mulching and RT significantly improved soil chemical and physical properties which ultimately improved maize nutrient uptake and yields. However, when the different soil quality parameters were classified, they remained low to medium. It was concluded that CM, PM and PG can substitute mineral fertilizers as basal fertilizers and that, nickel toxicity is likely when SS is used as a soil fertility amendment in maize production. It was also concluded that manure + mineral N, maize stover mulching and RT improved soil quality and ultimately maize nutrient uptake and yield in UA. It was however, recommended that urban farmers should lime their soils to reduce soil acidity. Long term effects of integrated soil fertility, residue management and tillage are recommended under urban farmer conditions since the practice has shown potential in improving soil quality and maize yield in the short term.

Wetlands provide important eco hydrological services and functions but have historically been altered by mankind to meet their needs and wants. Wetland restoration now being pursued as part of broader sustainability goals. In the Netherlands, wetland reconstruction projects are in progress and the Aamsveen wetland has been restored. River channel restoration and establishment of a reselW011 were done as surface water management measures to re-establish prior hydrological functioning but it is not known whether the surface water management measures have improved surface-groundwater interactions and the water balance components.

The aim of this study was thus to understand the impact of surface water management measures on the Aamsveen wetland hydrologic system through focusing on surface-groundwater interactions. A steady state groundwater modelling approach was applied. A detailed local scale model was developed that captures the spatio-temporal dynamics of the 4 Km2 wetland to quantify the wetland fluxes and states.

MODFLOW-2005 under the ModelMuse environment was chosen to implement the wetland conceptual model. Two gauges were implemented in the inlet and outlet of the wetland area model as hydrological forcings of the model. The steady state model was manually calibrated. Considering that the water management measures were implemented in the year 2011 that year was chosen as the demarcation period to assess the changes in the wetland water balance. Thus, two scenarios were implemented for the pre 2011 and post-2011 scenarios. Furthermore a second calibration of the pre-2011 scenario was done using exported heads. The modelling work was supported by fieldwork measurements of: saturated hydraulic conductivity on the peat and sandy soils, stream discharge and meteorological data from KNMI.

Field measurements showed that stream discharges were between 0.04 m3s-1 and 0.09 m3s-1 and the hydraulic conductivities were in the region of 0.02 md 1 for peat and 1.19 mcl-l for sand. Calibrated horizontal hydraulic conductivities were in the ranges of 0.04 mcl-l to 30 mcl-l for the first layer and 0.001 mcl-l to 100 mcl-l for the second layer. The model was sensitive to horizontal hydraulic conductivities and stream depth. The model performance from the calibration results was satisfactory as shown by R2 values of 0.96 for the post-2011. The calibrated conductivities, when imported into the pre-2011 scenario resulted in a R2 value of 0.8 and there were large residuals showing that there was excess water in the model. Thus a second calibration of the model was done for the pre-2011 scenario which produced satisfactory results with an R2 value 0.86 for the pre-2011. The results showed that the pre-2011 scenario has 25.5% less water than the post-2011 period. After the 2011 changes, the behaviour of groundwater flows in the wetland changed as more water was being discharged into the wetland system. Only 21% of the inflows are lost in the post-2011 scenarios as lateral transfer whereas such losses amounted to 62% in the pre-2011 scenario.

It is concluded that the water management measures that are part of the Aamsveen wetland restoration project have led to positive changes in the water balance. The wetland is becoming wetter. However, it is recommended that further studies be carried out in the wetland such as transient modeling. Data from the German side needs to be accessed and intensive measuring of the hydraulic conductivities on the peat and sandy soils needs to be done for better model parameterization.